Shots from the set of Serendipity. Clockwise from top left: me, John Cusack, and Kate Beckinsale; me striking a pose; me, John, and friendly staff dog Joey; me being fitted; me and my tail.

For an incomplete list of credits with a halo of officialdom (if not comprehensiveness!), consult my iMDB page.

Curious about what royalty payments look like? Here’s a graph I have maintained since ACTRA began sending emailed slips in late 2014.

When I was 7 years old, my parents took me to Toronto for a few days as Mom took a cooking course. On the last day, I was fixated on the Eaton’s Centre shopping mall, one of the last attractions on our list to visit. We came to pick Mom up, and she walked out of the house with a bloody rag around her hand—she’d cut her finger.

From the backseat, my refrain was “Can we go to the Eaton’s Centre?”, as my exhausted parents decided what to do. Mom acquiesced to my inane desire, figuring she’d be able to buy bandages at the old Shoppers, and Dad found parking.

Minutes after we came to the mall’s pedestrian concourse, we heard a British voice shout “You there, with the boy! Stop!”. Confused, my parents realized they were the subjects of this heckle, as a trio hurried to meet them. They introduced themselves as the director, producer, and lead PA on a John Cusack movie, wandering a mall in desperate effort to find a kid with the look and energy they were going for. Not sure if this was some kidnapping attempt, Mom asked to see ID, and the director produced a Beverly Hills 90210 California driver’s licence (which was good enough for her).

The next day, I was back in Toronto auditioning for the role, and had gotten it that evening. Soon after, I shot a few days of footage for Serendipity in Toronto (including at the Royal York Hotel, standing in for the Waldorf-Astoria), making me miss the beginning of Grade 3. (I think this was worthwhile.)

Serendipity was scheduled to premiere in New York the same week as 9/11 (the premiere was cancelled). My parents and me attended an eerily empty Roy Thomson Hall gala screening at the 2001 Toronto International Film Festival with our neighbour Enza and a handful of other cast members.

I was represented at Noble Caplan Abrams from 2000 to 2010, working with Norbert Abrams for on-camera work and James Crammond for voice-over work. Denise Grant took three sets of headshots for me over the years and became a dear family friend in the process.

I sang for several years in Barrie under the guidance of Carol Elson-Brown. I hold a Royal Conservatory of Music Vocal Grade 4 certificate. 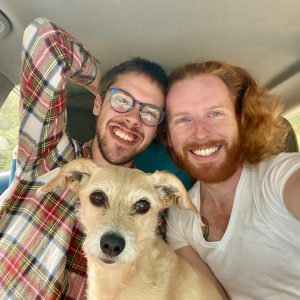